Each year at this time we remember the crews of Apollo-1, Challenger and Columbia because their dates of loss cluster tightly on the calendar. The crew of Apollo-1 was lost on January 27, 1967 during a ground test inside the command module. We lost the crew of Challenger 19 years later on January 28, 1986 as the vehicle ascended toward orbit just 73 seconds after liftoff. After seventeen years without incident we lost the crew of Columbia as they re-entered the atmosphere on February 1, 2003. These accidents are sobering reminders of the risks inherent in space exploration and all of us here at the Science Center feel a special affiliation with the families of these crews because the Space Shuttle Endeavour is the replacement vehicle for Challenger. Endeavour's 25 missions took us forward and we invite you to join us in the Samuel Oschin Endeavour Pavilion to learn more and to remember! 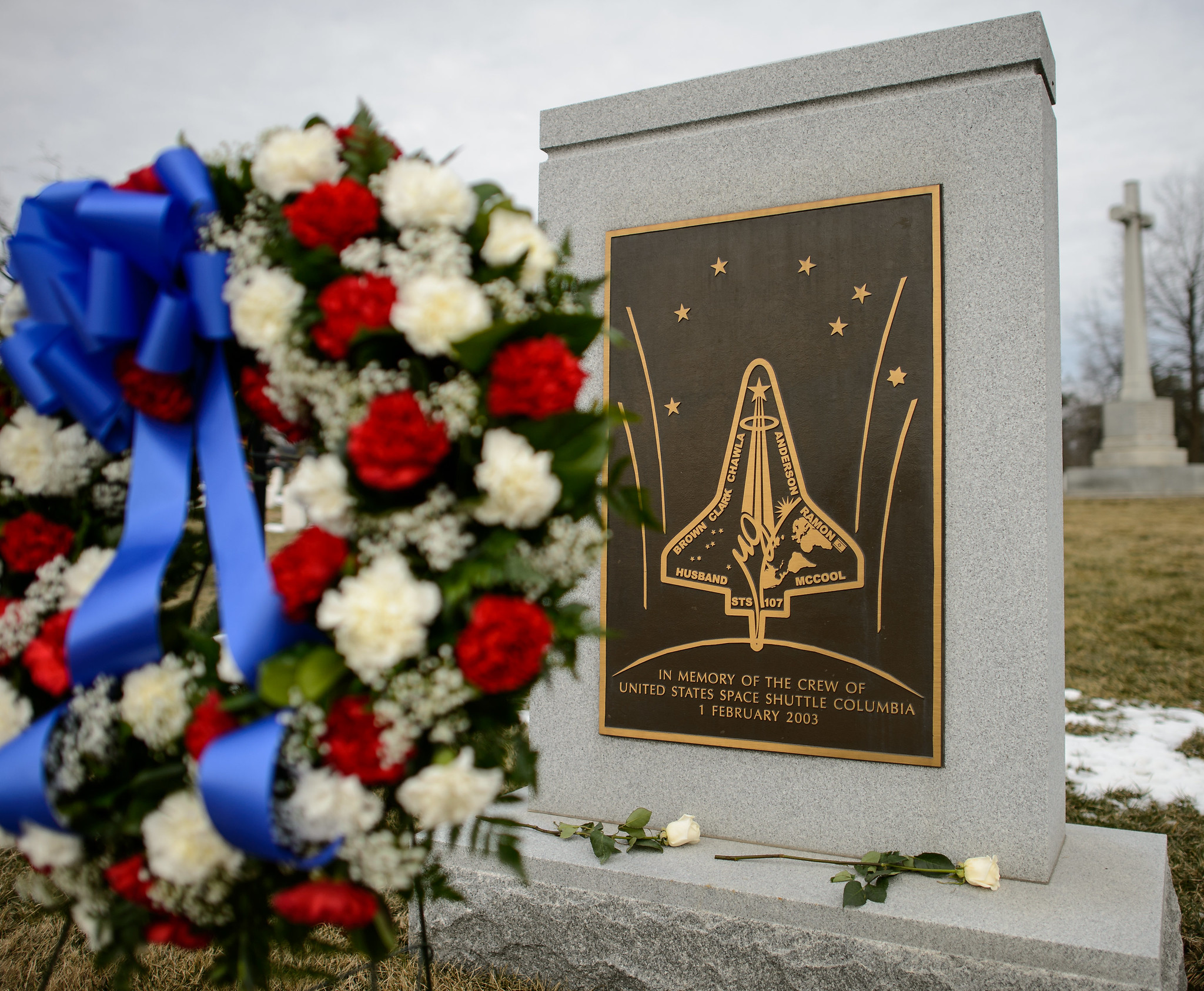 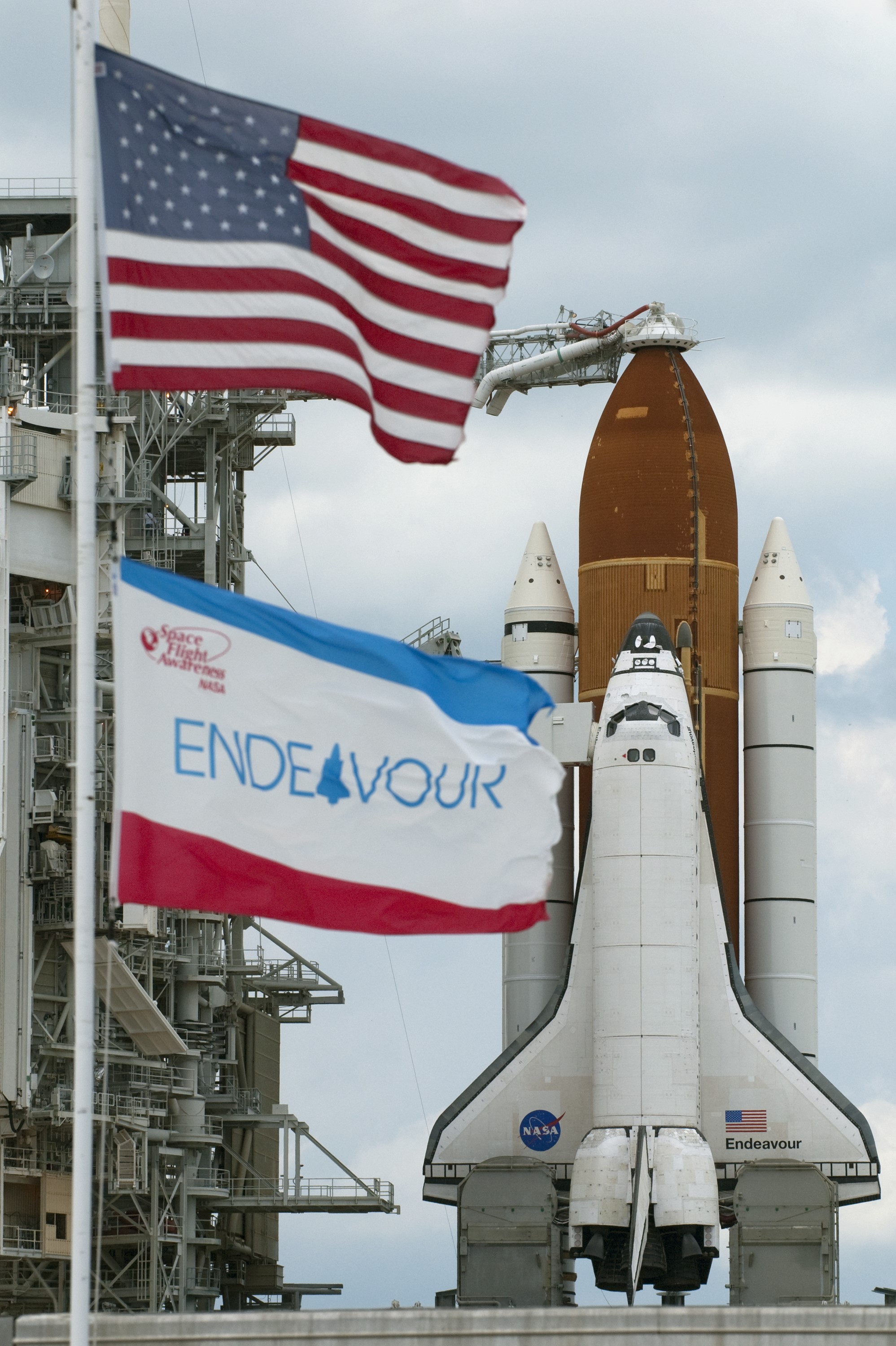 Endeavour successfully completed 25 missions into space, including the first service mission to the Hubble Space Telescope, as well as the first mission to add a U.S. component to the International Space Station.

When the space shuttle, officially called the Space Transportation System (STS), rocketed off the launch pad for the first time in 1981, it became the world’s first reusable spacecraft to carry humans into orbit. Over the thirty-year course of the space shuttle program, the shuttles and their crews assembled parts of the International Space Station, deployed and serviced the Hubble Space Telescope and Chandra X-Ray Observatory, repaired and re-launched satellites, sent probes to Venus and Jupiter, and more.

Five different orbiters flew into space as part of the program—Columbia, Challenger, Discovery, Atlantis and Endeavour—for a total of 135 missions. Counted together, the space shuttles have carried 355 people, flown over 500 million miles, and spent over 1,300 days in orbit. Space shuttles docked with Russia’s Mir space station nine times, and with the International Space Station more than 35 times.

The space shuttle was actually made up of several separate components. What people usually call the “shuttle” is actually the orbiter—the part of the shuttle that held the crew and the cargo, officially called the payloads. The main engines are part of the orbiter. In addition to the orbiter, each shuttle “stack” included two solid rocket boosters and an external tank. All the components were reusable except for the external tank, which by design burned up in the atmosphere over the Pacific Ocean following each launch.

Built to replace space shuttle Challenger, Endeavour was the final orbiter to join the shuttle fleet. Many newer features were added to Endeavour during construction, such as updated steering mechanisms, upgraded plumbing and electrical connections to allow for longer missions, and a drag chute that reduced wear and tear on the shuttle's brakes and tires. Many of the innovations that were developed for Endeavour were added later to the other shuttles in the fleet.

Endeavour first launched on May 7, 1992 for mission STS-49. The crew's primary goal during that mission was to repair and release a communications satellite (INTELSAT VI) back into orbit. The capture of the satellite did not go as smoothly as planned, but the crew aboard was able to complete the mission through a series of four spacewalks—the most ever completed on a shuttle mission up to that time. One of the spacewalks was the longest ever recorded up to that time, and the second-longest ever—over eight hours! That first mission set a precedent for Endeavour, whose string of 25 missions was marked with ingenuity and success. 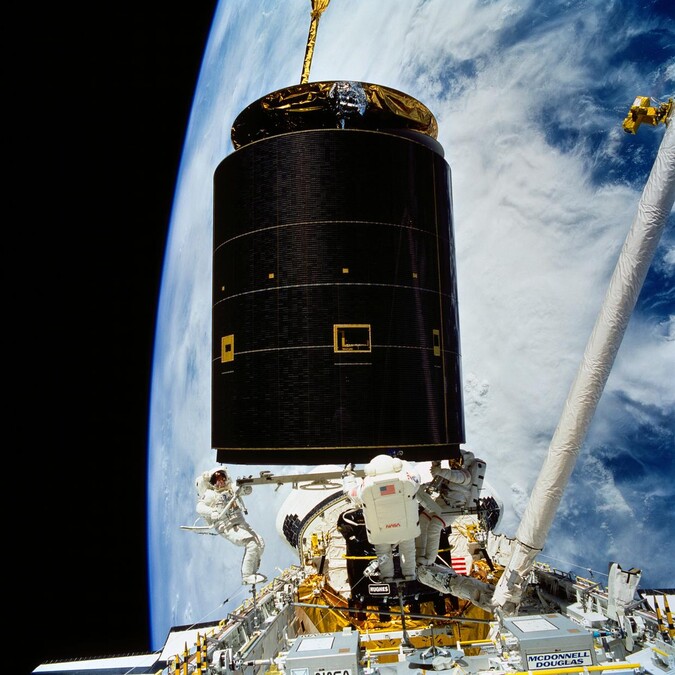 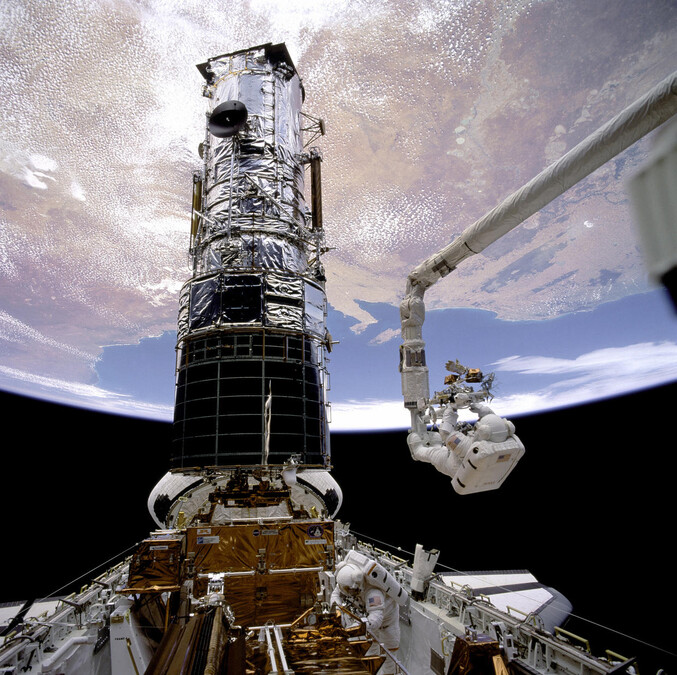 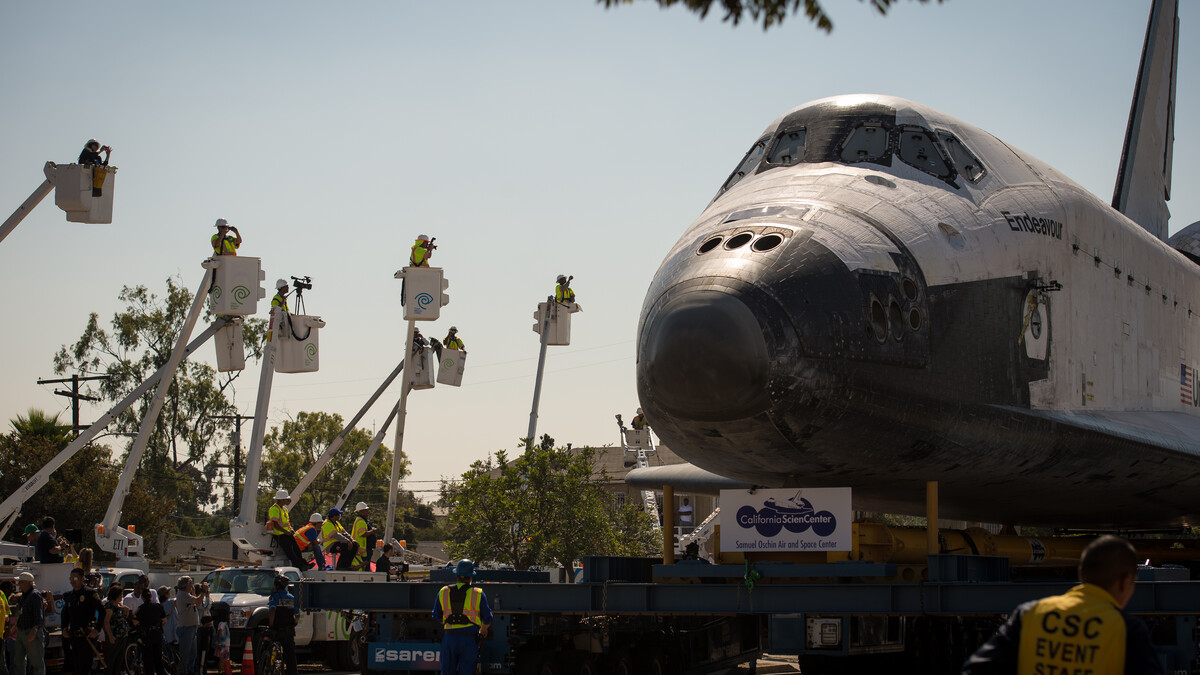 Endeavour makes its way through the streets of Los Angeles and Inglewood as it heads to a new home—the Samuel Oschin Space Shuttle Endeavour Pavilion at the California Science Center.

Endeavour makes its way through the streets of Los Angeles and Inglewood as it heads to a new home—the Samuel Oschin Space Shuttle Endeavour Pavilion at the California Science Center.

Another major mission for Endeavour was STS-61, the first service mission to the Hubble Space Telescope, which took place in December 1993. This mission was designed to correct a flaw in the Hubble's main mirror. During the mission, several elements were installed to fix the Hubble's "vision," which the popular media described as giving the Hubble "contact lenses" or "glasses." Without this technically challenging mission to fix the Hubble, we may have never seen some of the beautiful images from space that have made the Hubble famous.

Endeavour made several historic assembly missions to the International Space Station (ISS), including STS-88, in which the crew added the first U.S. component, the Unity Module, to the ISS. On STS-100, Endeavour delivered the Canadarm2 robotic arm and hand, and on STS-123, Endeavour added the first element of Japan's Kibo module as well as an additional robotic arm, Dextre.

Endeavour's final mission, in May 2011, delivered spare parts to the International Space Station, including parts for the Dextre arm it had installed many missions before. Endeavour leaves an amazing legacy in space—and shares part of that legacy with Los Angeles, California, and the world from right here at the California Science Center.

Donate to the EndeavourLA Campaign today! Email the campaign team or contact us at 213-744-2529 to learn more.

Fun fact
Image attribution
NASA
What's up with the flag?

Guests who come to see Endeavour often notice that the flag on the starboard side of the orbiter appears to be "backwards." But tradition (and an interpretation of the U.S. Flag Code) suggests that the blue field on the flag should always be pointed forward, into the wind, as if the flag were flying on a flagpole in the breeze. The flag is painted the same way on many aircraft, such as Air Force One.