The Viking 1 lander was the first US spacecraft ever to land successfully on Mars. Through the historic two missions of the Viking project, a total of over 50,000 images of Mars were collected (with 4,500 coming from the landers), with both orbiters and landers sending back information that changed everything scientists thought they knew about the Red Planet. 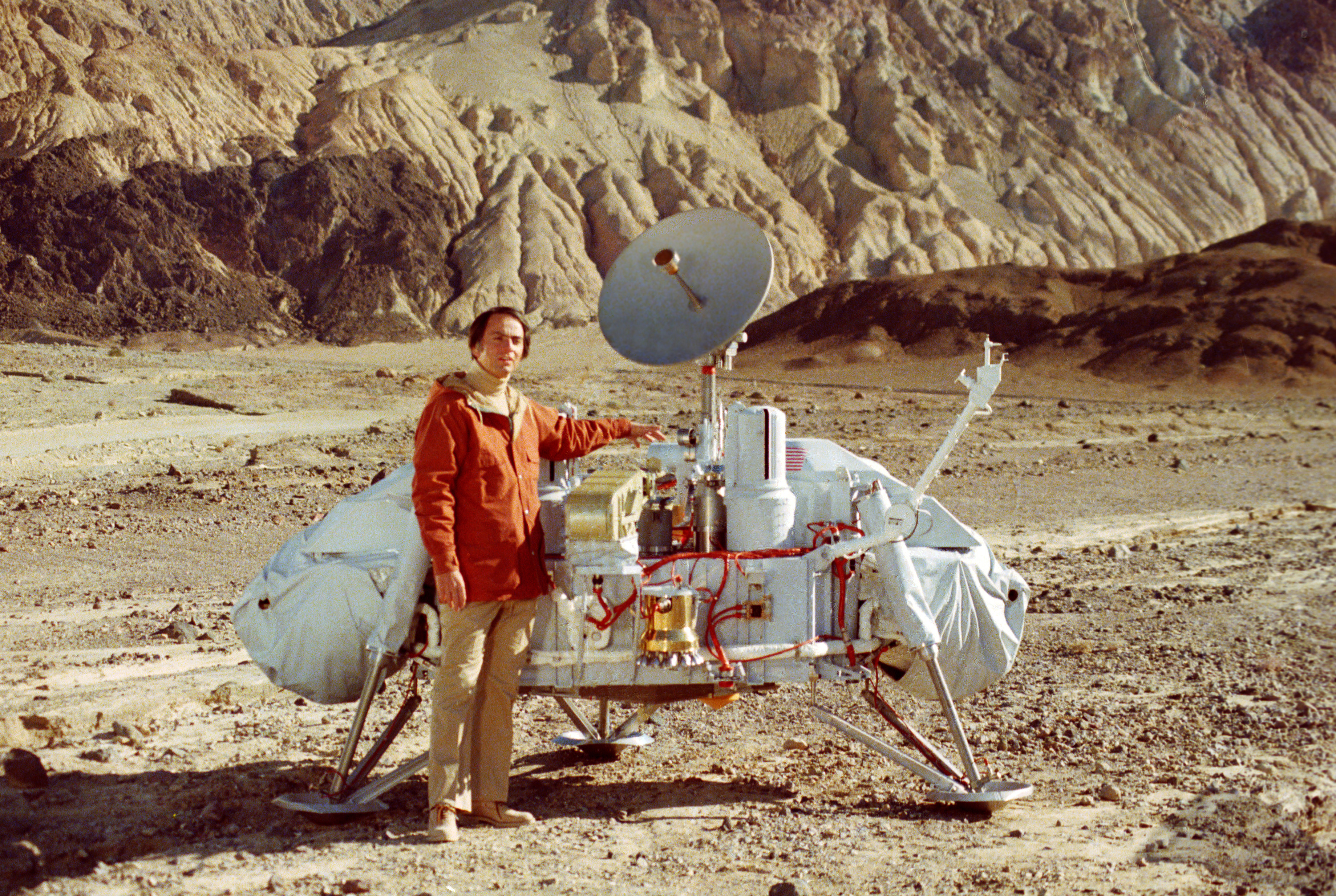 Carl Sagan, host of the original television series Cosmos, poses with a model of the Viking lander in Death Valley, California

Before the Viking launches in the mid-1970s, our knowledge of Mars was extremely limited. The team of scientists assembled for the Viking project had to figure out how to land and navigate a spacecraft on a planet with almost no prior knowledge of what the surface would be like. Prior to the Viking missions, the Soviets had tried to land spacecrafts on Mars, and although one of their crafts seems to have made it to the surface, it lost contact with Earth before landing and may have crashed.

The Viking project, however, was an amazing success. The Viking program, of which the lander was a part, gathered data and images about our nearest planetary neighbor that changed the way we see Mars. In fact, before Viking, scientists thought the Martian sky would be a deep blue, like our upper atmosphere, but early photos from Viking revealed Mars's salmon-colored sky for the first time. 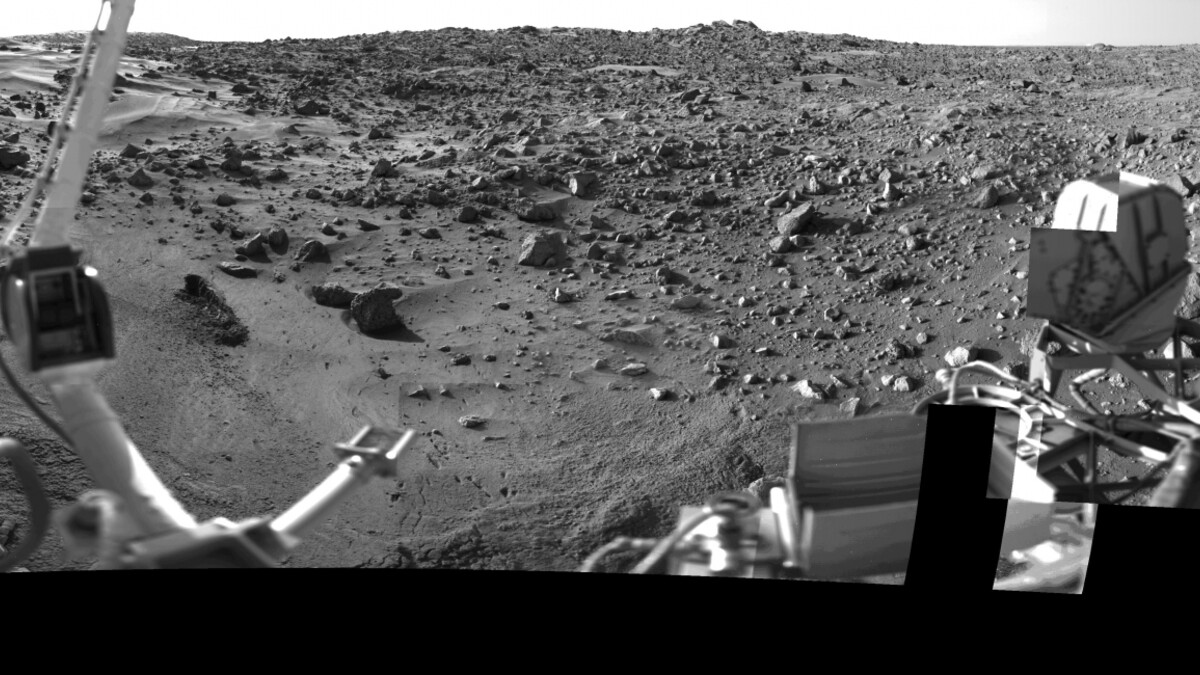 Mars as seen from Camera 1 of the Viking lander 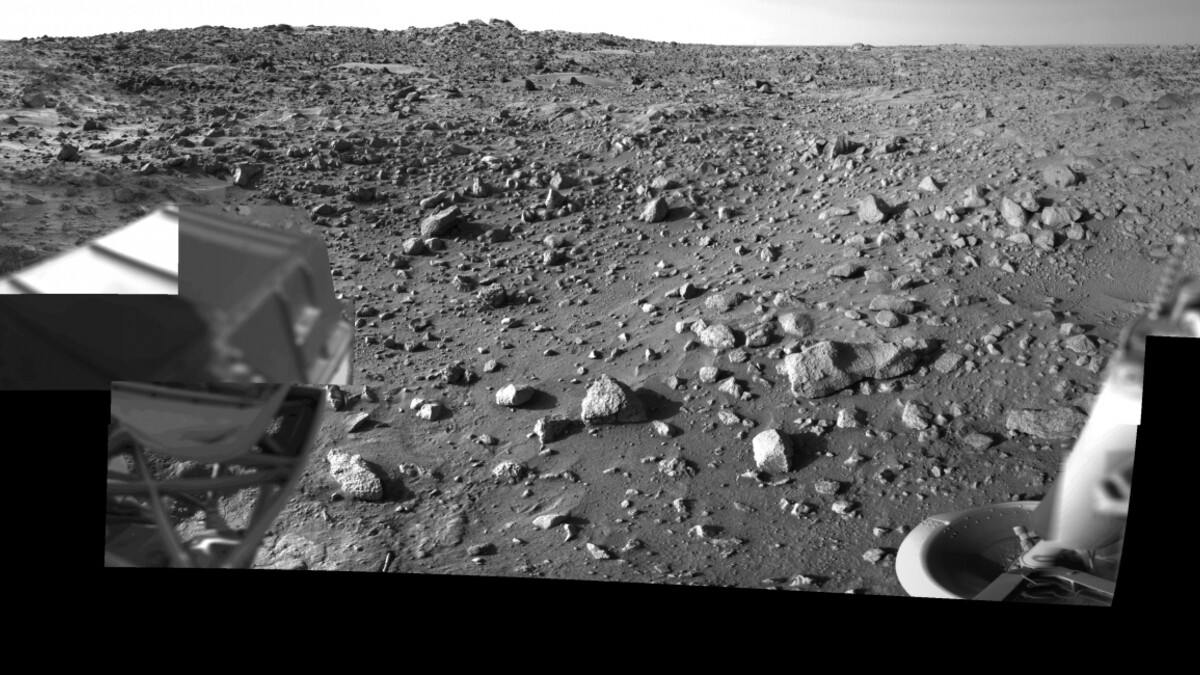 Mars as seen from Camera 2 of the Viking lander

Mars as seen from Camera 1 of the Viking lander

Mars as seen from Camera 2 of the Viking lander

Made up of two sets of spacecraft, each including an orbiter and a lander, Vikings 1 and 2 together mapped about 97% of Mars from orbit and collected about 4,500 close-up images of the Martian surface. In addition to cameras, the landers carried equipment to analyze the Martian soil, wind and atmosphere and send the results back to Earth. Though the spacecraft were designed to function about 90 days once at Mars, they kept collecting and sending data for over six years. One of the main goals of the Viking program was to find out if life had ever existed on Mars. Though the missions didn't find evidence of life, they determined that many of the necessary ingredients for life were present on the planet, leaving the question tantalizingly unanswered.

Subsequent missions to Mars—including Pathfinder, the twin rovers Spirit and Opportunity, the rover Curiosity, the lander Insight, and the recently launched rover Perseverance—all build on the technology created for the Viking missions, as well as the information collected by the Viking orbiters and landers. Even 35 years later, data and results from the Viking missions are still being analyzed.

The Viking lander on display at the Science Center is a full-scale engineering model, on loan to us from Lockheed Martin Corporation.

Discover information about the original Viking missions, plus a link to the Viking Image Archive.

Find out how the Viking 1 mission fits onto the overall history of solar system exploration, from the U.S. and NASA and beyond. Don't miss the companion page for Viking 2.

Explore the surface of Mars by virtually driving across it! The 3D terrain in this experience from NASA's Jet Propulsion Laboratory is made with images from the Curiosity rover and Mars Reconnaissance Orbiter.

For the latest news on NASA's most recent venture to Mars, check out this site from NASA's Jet Propulsion Laboratory.