The Velie Monocoupe is one of the first planes built for private pilots. Manufactured from 1927-1929 by W.L. Velie, an industrialist who had previously specialized in carriages and cars, the single-wing Monocoupes were built with a frame of wood and shell covered with canvas. The Monocoupe could seat two people, and its enclosed cabin, speed and flashy style made it quite popular.

About 350 Monocoupes were built, and they were advertised as "the ultimate plane for the private flyer." 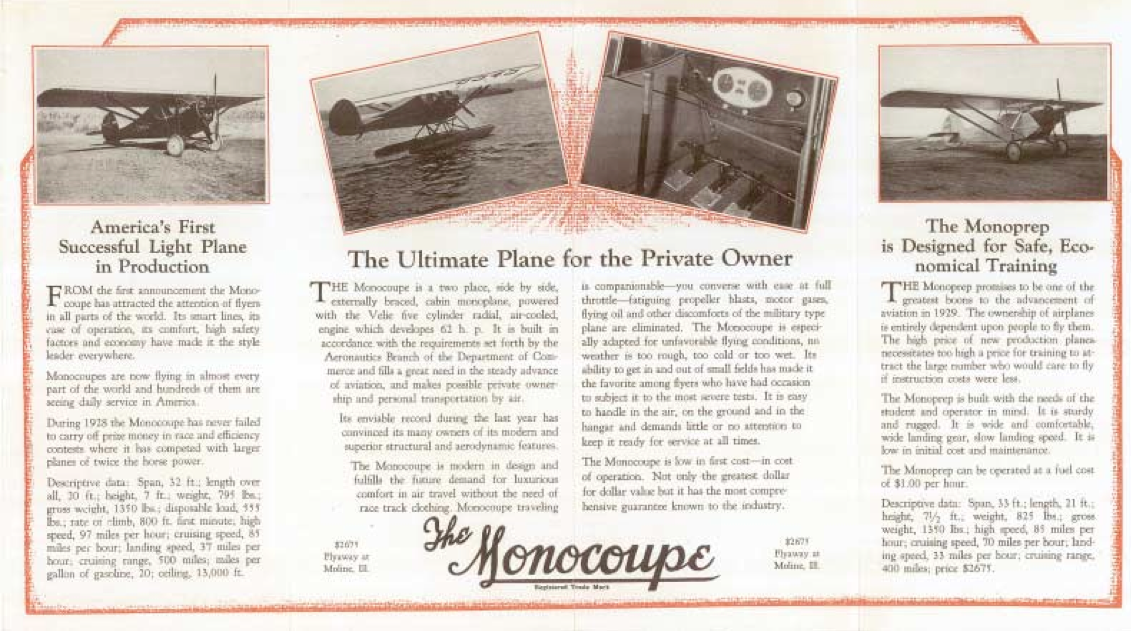 An advertisement brochure for the Velie Monocoupe

The Velie Monocoupe on display in the Science Center is on loan from the National Air and Space Museum, Smithsonian Institution. Aviation pioneer and noted test pilot Anthony W. "Tony" LeVier personally restored the monocoupe and donated it to the National Air and Space Museum in December 1983. The Monocoupe had been involved in a crash before LeVier obtained the plane in 1978, so many of the original plane parts had to be completely replaced during the restoration.

The Smithsonian created this page especially for the Monocoupe 70 now on display at the Science Center. It includes specific details about the plane's history, along with background information about the Monocoupe plane style.